Home » Blog » Know Thy Team: Why Leaders Should Learn Who Their Team Members Really Are

Know Thy Team: Why Leaders Should Learn Who Their Team Members Really Are 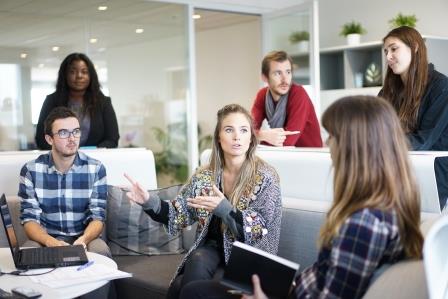 My wife gave me a DNA kit for Christmas. It’s pretty simple. You spit into a tube and mail it in. In a few weeks your results come back telling you where your ancestral roots most likely trace. I found that my roots are solidly in the British Isles with just a trace of a few Scandinavian and western European countries thrown in for good measure. In spite of my apparent British ancestry, I don’t have that distinctive accent and I don’t drive on the left side of the road.

It’s all too easy to categorize team members by their outward characteristics, where they came from or what generation they belong to. But that doesn’t really define who they are or what contributions they can make to the team. That’s why it’s vitally important for team leaders to strive for a deeper understanding of their team members. What are their strengths? Where do they need help? How can you help them develop their skills? How can they best contribute to accomplishing the team’s mission?

Unfortunately, this isn’t as easy as spitting into a tube and waiting for a report. Instead, leaders must make an effort to learn about their team members. Here are a few facts to know.

I’m sometimes surprised to learn that someone has experience in an area that is unrelated to their current position. People won’t always volunteer that information, but it can come in handy when an unusual challenge arises.

People love to tell you about their passions. More importantly, this might be a source of skills to help the team at some point in the future.

How do you learn this? Ask them. But also observe. Sometimes people think they are better at some skill set than they are. Conversely, people will not tell you they are good at something they don’t like to do.

As with #3, this is a combination of asking and observing. It’s good to know what team members are better than others at specific tasks. You can make sure team members are assigned tasks that fit their skills, or help them develop their weaker areas.

Some team leaders don’t want to ask this question because they don’t want good people to leave the team. That’s shortsighted for two reasons. First, people who have ambitions beyond your team will become frustrated when you don’t support them and they will probably leave anyway. Second, you have a responsibility to the larger team, the company. If you have the right person to fill that manager position over in the widget division, you have an obligation to support the move.

It’s your job as the team leader to go beyond your team member’s obvious traits and learn who they really are.