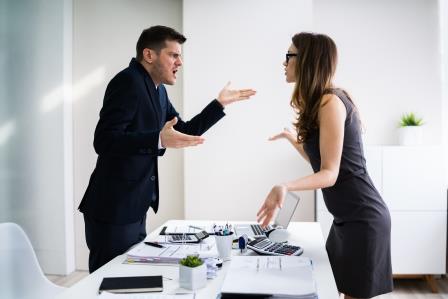 Do I have to like everyone on my team? Should all my team members like each other? The answer leads to team conflict resolution.

Bad team conflict is to be expected and we’ve written about it before. That conflict comes from the fact that each one of us is a unique person. The fact is every so often personalities clash. Or perhaps someone on the team has views or personal habits we find objectionable. Sometimes, for unexplainable reasons, someone just rubs us the wrong way.
Although it would be terrific if everyone on the team considered their fellow team members to be good friends, that will not always happen. But, there are some steps you can take to overcome personal issues, and build a cohesive team.

No, you don’t have to like everyone on your team. But you do have to work with them. Team conflict resolution starts with learning about team members and respecting what they contribute to the team. Who knows – maybe over time you’ll even begin to like them.

Get the on-demand short course The 3-5-2 Decision Making Process. Learn how to solve problems easier and make better decisions.