What Thirty Years Taught Me About Leadership 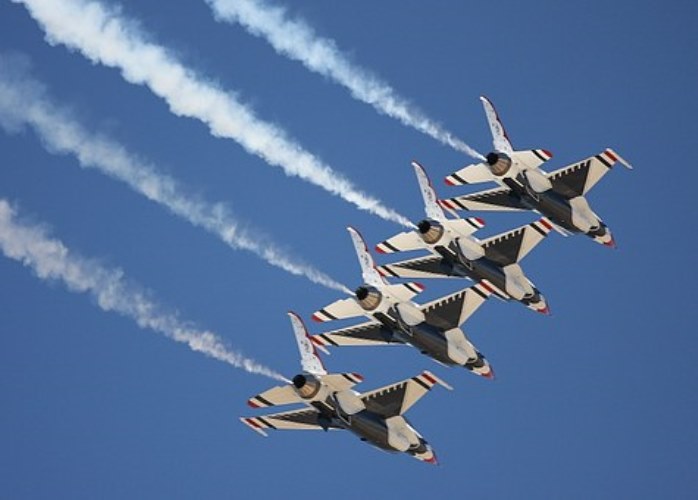 This week the United States Air Force celebrated its 70th birthday. I first joined the Air Force in 1978 so I’ve been associated with the service for almost half its life. Here are a few things I learned from the experience.

Take leadership development seriously. The success of our Air Force, and I believe all the branches of the military, is in their unwavering commitment to developing leaders. I experienced my first leadership responsibility at the tender age of 19 with about two weeks of service. I attended the first formal leadership training within the next two years. We were a room full of young Airmen with no rank and no experience, but even then we were beginning to learn what it meant to be a leader.

Take pride in what your team does. Even when others don’t understand, or openly disparage what you do, never allow yourself to be discouraged and never give up. I joined the Air Force in the shadow of the Vietnam war. It was a time when the military was unpopular and shunned by much of the country and that apparent rejection was wearing on the military. Fortunately, there were still those who believed in what we did and continued to hold a pride in the service. Also, senior leaders committed themselves to righting the problems the military was facing. It was those leaders at all levels who brought the military from those depressing times to the amazing organization it is today. Every organization faces some sort of down times in its life. It’s powerful leaders who keep it moving forward.

You’re part of something bigger than yourself. From the first moment I stepped off the bus at Lackland AFB, Texas, that was a central theme. Everything was about the team. Whether an element, a flight, a squadron, or any other group, we were only successful when everyone did what they were supposed to do. That’s a tough lesson in today’s world of instant personal gratification, but it’s essential to the success of any organization. It’s the leader’s responsibility to help the team understand that.

There are two ways to learn about leading. I consider this the difference between education and training. Not counting college work, I experienced 10 leadership development courses during my time in the service. These courses presented concepts, techniques, and skills for good leadership. That was the education part. Putting all that to use was a different matter. That’s where the training part comes in. The education piece is essential, but the training in how to implement what I had learned was where real leadership development happened. I was extremely fortunate to have had some great supervisors and role models who trained me in real hands-on leadership.

Be careful with change. Change is good. An organization cannot continue to live in the past and must embrace new ideas and opportunities. But, change for the sake of change, or even worse, change because one person thinks it’s a good idea and ignores input from anyone else, can have seriously bad affects. In the early 1990’s, the Air Force went through a series of changes that affected just about every part of the service. Many of us saw these changes as ill-conceived and in some cases even frivolous. There were so many changes that were directed so quickly that it was impossible to implement them in a sensible or organized way. Eventually, new leadership saw the problem and worked to undo the damage, but it took many more years to fix. Don’t be afraid to change, but major changes to an organization should be carefully thought out and carefully implemented.

Be clear on your values. After all that turmoil, a new Chief of Staff (the Air Force’s most senior leader) published a statement that simply said that from that point forward the Air Force would be guided by three values: Integrity first, Service before self, Excellence in all we do. That statement has provided a foundation ever since. While this didn’t come as a great shock to anyone, it did put us on a level flight path into the future. Teams must know the basic values of its leaders.

The organization was there before you arrived and it will be there after you leave. Unless you have the rare opportunity to build a new team from scratch, you are just another name in the history of that organization. While that sounds harsh, it’s important to remember because what you consider “your team” will someday be someone else’s team. Therefore your goal should always be to leave it a little better than you found it.

I’m sometimes asked if I miss the Air Force. There are some aspects I don’t miss, like the family separations. What I do miss is working with some of the finest men and women in the world. The interesting thing about those men and women is that there was nothing really special about them when they raised their hand and committed at least 4 years to their country. It was their dedication to the mission and the experience of being on the team, along with the leadership who gave them a clear mission and made them understand their importance to the team that made them special. That’s one of the basic needs of humankind. No matter the generation, being considered a valuable part of the team does wonders for morale and engagement.

Now I work with companies to help their supervisors and managers become energized leaders leading engaged teams. It may seem odd, but the biggest lesson I learned from my 30 years in the Air Force is that leadership doesn’t require high rank or even a uniform. Leadership only requires a desire to make your team better and the willingness to take on the responsibility to learn how to do that.