In Greek mythology, Daedalus (Dādălus) invented wings to escape a labyrinth in which he was imprisoned. Using extensive military and corporate leadership experience, combined with the best tools available, The Daedalus Group helps supervisors and managers develop wings to become effective leaders and escape the labyrinth of everyday management.

As supervisors and managers become high-flying leaders, they help their teams and organizations soar to new heights.    Contact us today and let’s discuss how the Daedalus Group can help you.

Steve Alltop and Bob Mason are dedicated to leadership development. They make supervisors and managers more effective leaders leading more productive teams. During their combined 54 years in the U.S. Air Force, Bob and Steve were fortunate to work with and for great leaders from whom they learned real leadership. 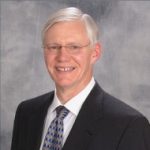 Steve Alltop is a former U.S. Air Force fighter pilot. His military career took him from pilot training to high-performance jet aircraft in combat to an assortment of command and leadership positions. Retiring from the Air Force after 24 years of service, Steve joined the corporate world as a project manager supporting diverse projects which provided high-tech solutions to the modern warfighter.

Steve is a free-lance project manager serving in the high-tech space industry. But he thoroughly enjoys spending time with his leadership students when he can and believes he is enriching lives by helping folks find the great leader within themselves and by having a lasting effect on those that they lead.

Steve is a graduate of the United States Air Force Academy with a B.S. in Astronautical Engineering. He holds a Masters of Aeronautical Sciences, a Masters of Business Administration and is a certified Project Management Professional.  He currently resides in Colorado Springs, Colorado where he enjoys his family and powered paragliding. 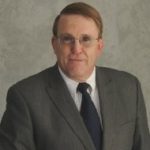 During a 30-year  career in the U.S. Air Force, Bob Mason worked in aircraft and munitions maintenance and was a crew member in combat rescue. Very early in his career he was given the opportunity to lead ever larger and more complex teams, eventually commanding four different squadrons, including a deployed aircraft maintenance squadron and the Air Force’s largest munitions squadron.

When Bob retired from the Air Force he started a company dedicated to helping others learn the skills that he has found make leaders successful. He has studied leadership extensively, but more importantly has been there, working with real people, making hard decisions, and experiencing the results.

Bob is a professional speaker and author and is a Past President of the New Mexico chapter of the National Speakers Association. He holds a Bachelor of Science degree in Human Resource Management, a Master of Science in Aeronautics, and a Master of Business Administration in Aviation. He is the author of four books on leadership. Bob lives in Albuquerque, New Mexico where he and his wife enjoy hiking and exploring the history of the Southwest.

Steve and Bob concentrate on developing leadership skills in supervisors and managers. These individuals are the backbone of any company because they translate executive direction and goals into action and have the most day-to-day, face-to-face contact with the people who accomplish the work that produces the company’s product or service.

Steve and Bob’s approach to leadership development stems from their firm belief, backed by extensive experience, that leadership doesn’t have to be complicated. Leadership is simply getting things done through people and when supervisors and managers understand themselves, their purpose, and their team they become effective leaders. 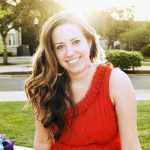 Cat Elsby is a social media manager and web designer hailing from the beaches of New Jersey. She obtained a degree in Media Arts and Design with a concentration in Journalism from James Madison University where she wrote for the school’s newspaper and also for the renowned Virginia Daily News-Record.

After graduation, she moved to New Orleans to serve a year with AmeriCorps working with the local homeless population. While in New Orleans she started a blog and found herself soon immersed in online digital marketing and design.

In 2014, she moved to Colorado and began writing for The Denver Post, but quickly realized her passion wasn’t in print journalism. That led her to start her own business, The Social Willow (www.thesocialwillow.com), doing what she does best; helping companies thrive online through beautifully built websites and effective social media presence.

Cat lives in Aurora, Colorado with her fiancé, his three kids, and their many fur and scale babies.