Home » Blog » Can your team have too much communication?

Can your team have too much communication? 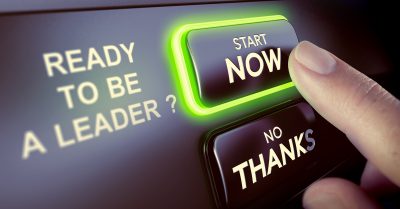 What can a collegiate-level cyber defense competition teach us about leadership? The answer, it seems, is â€œquite a bit.â€

The article asserts that itâ€™s not surprising that more successful teams exhibited effective leadership and functional specialization but added that researchers concluded â€œâ€™Successful cyber teams don’t need to discuss every detail when defending a network; they already know what to do.â€™â€  Although these are certainly interesting cyber defense lessons-learned, letâ€™s make sure we arenâ€™t learning the wrong lessons when applying them to the rest of us. While it is certainly true that this research indicates that sometimes communication on a team is overrated, the key is understanding that pesky term â€œsometimes.â€

This sentiment is summarized in the article this way, â€œHigh-performing teams have fewer interactions because all the team members know each other’s roles and work interdependently.â€ But that is when the â€œgameâ€ is being played. Odds are, leading up to the event there was plenty of interaction among team members; trust isnâ€™t built in a vacuum.

Food for thought: Are your team members ready for the big game? How well do they know where they fit into the bigger picture? In other words, do they know their position and function on the team? If not, what can you do to develop them? When stuff hits the fan and your team engages in response, do you jump into the fray with them? Or do you step back and let them do the job they are trained for?

For the individual who has worked hard to be ready for the big game, how motivational do you think it is when someone, especially their leader, steps in with questions, comments, and discussion when the time comes? Does that exhibit trust in their abilities? Research shows that for most people autonomy, the ability to be self-directed, and mastery, getting really good at something, are key motivators. Removing that autonomy and ignoring that mastery is a quick way to de-motivate.

If you donâ€™t feel confident in a team memberâ€™s ability to respond, whose fault is that? Theirs? Or yours for not ensuring they were prepared?

High-performing teams communicate early and often to build the trust in each other they need so that they donâ€™t have to take the time to communicate when every second counts. When the game is over they go back and review how they did, provide respectful feedback to each other so the next time theyâ€™ll be even better. This is true in sports, itâ€™s apparently true in cyber defense, and itâ€™s more than likely true on your team as well.