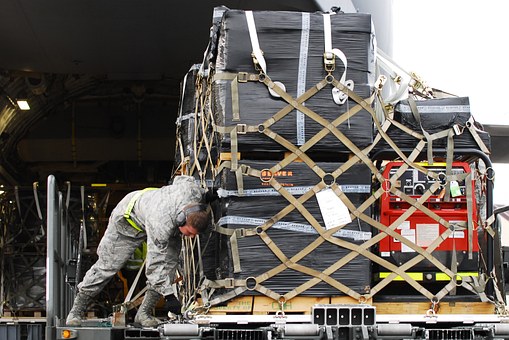 A basic tenet of a military organization is the ability to pack up and move out quickly. Being proficient at that skill requires planning and practice. Although I’ve been involved in many such efforts, both as rehearsals and as real deployments, one example has always stuck in my mind.

It was during my days in a combat rescue unit and there are two reasons it has stayed with me. First, because we had made it fun, and second because inspectors dinged us for having fun.

Getting a unit ready to deploy is always a complex project involving removing numerous pieces of equipment from their normal locations and packing them in boxes or bins which are then placed on large pallets. Since there is usually minimum time to unpack and be ready at the new location, everything had to be arranged so that unpacking was as efficient as possible. At the same time, aircraft have to be prepared for deployment, often by the same people packing the equipment.

Packing up for deployment is rarely considered fun.

This unit was an exception. We had become so proficient we were able to prepare the unit to deploy in about half the time allocated. Being a fairly competitive group, competition developed between our various sections to see who could be packed and ready to go first.

One day inspectors showed up. “Pack up your unit and prepare to deploy,” they said. And we did. Unfortunately, the inspectors decided we were not approaching the task in an appropriately solemn manner. Deployment was a serious business. It wasn’t about having fun. What the inspectors completely missed was the connection between having fun and rapidly accomplishing the team’s mission.

I’ve been on a lot of teams through the years and it never fails: teams that have fun are more successful.

So, how do you make it fun for your team?

There’s another benefit to fun teams. Customers and clients like to go where people are having fun and they’re more likely to refer others to your company.

Is your team having fun?