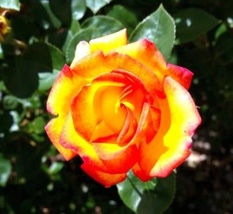 A good leadership skills training program provides many techniques for your leadership development. But., there is one important point thought that is often missed – you must take time for yourself. Take time to smell the roses.

After many years of hard work Jack was offered a very coveted position, one for which few were considered, and he could barely contain his excitement. He went home to tell his family, but his teenage son had news of his own and ignored Jack’s enthusiasm. There was a high school awards banquet the next week. Jack’s son would be graduating that year and really wanted his father to attend. Realizing this was important, Jack rearranged his schedule and attended the banquet. By the end of that evening he was deeply disturbed. The next morning he went to the office, turned down the promotion and submitted his retirement. Why? The previous evening he had watched his son win several awards, all for activities Jack was barely even aware the boy had been doing. Jack realized he had sacrificed something precious and unrepeatable in favor of career success and that he had chosen the wrong course.

It’s all too common to aggressively pursue success, to gain gratification in that success, and keep striving for more, at the expense of a personal life. It’s also common for leaders to expect that same aggressive pursuit in their subordinates. The problem is, while work success won’t last forever, family and personal relationships should. As Jack discovered, there are aspects of life worth more than money.

The story about Jack was relayed to me by a boss early in my career. Jack was his friend and peer. My boss had also enjoyed a very successful career and he was trying to help me develop some work-life balance. We often worked some killer hours, it was part of the job, but he also insisted that time away spent with family, friends, or just relaxing was important. I didn’t heed that lesson as much as I should have and found later in life that I had not balanced my life as well as I should have.

Lee Iacocca, CEO of Chrysler from 1978-1993,  when that company was going through bankruptcy, always stuck to his policy of no work from Friday night to Sunday night, even though he was struggling to save a large company from disaster. Only on Sunday evening would he take out his briefcase and review the schedule for the coming week. Over the weekend, his family had priority.

We hear a lot about work-life balance these days but at the same time, we’re more connected than ever before. Back when my boss told me this story, he could only reach me by phone if I wasn’t at work. I didn’t even have a pager; if I was out of the house, I was unreachable. Now, there are few places we can go where we can’t be reached. Our cell phones are with us constantly, allowing us to be contacted almost anywhere. Is our work and away-from-work life really balanced?

Give this some serious thought. Just because you can reach your team members, doesn’t mean you should. People need time off to relax and recharge. It’s critical for mental and even physical health to balance working and non-working lives.
It’s a leader’s responsibility to give people that opportunity.