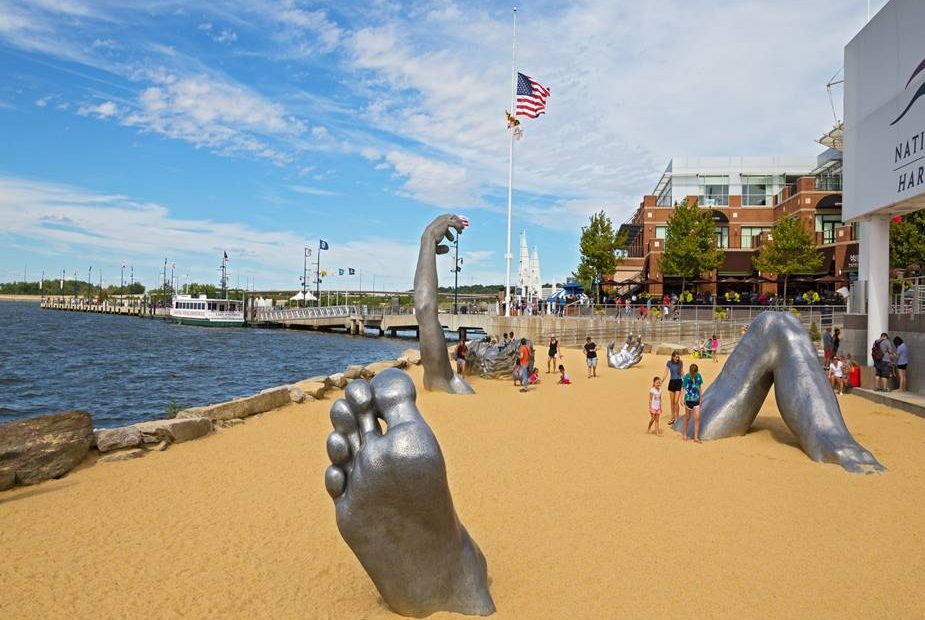 Among the many sculptures and works of art in Washington D.C. is a piece titled “The Awakening,” a large aluminum sculpture of a man either struggling to rise from, or being consumed by the Earth. Created by J. Seward Johnson Jr., the sculpture was first installed at Haines Point in 1980 as a temporary display, then found a permanent home at the National Harbor.

What intrigues me about “The Awakening” are the many interpretations of its meaning, or what Johnson was trying to say. There are many interpretations of what the work means as “experts” are always ready to describe the artist’s intentions. The best explanation came from the artist himself in an interview I read some years ago in the Washington Post. Simply stated, he said he didn’t really have any particular meaning; he just liked the way it looked.

Just as there are many interpretations for  “The Awakening,” leaders should be aware of how team members, peers, and other leaders interpret what they hear, see, and experience .

It’s human nature to assign our own interpretation to things we see or experience. If we all saw everything the same way, life would be pretty boring! That’s a critical point for leaders to understand. It’s also one of the basic necessities for advancing diversity in the workplace. I mean real diversity, not just accepting different race, sex, or nationality but striving to understand that each person is just that; an individual person and will interpret things in their own way based on their own experience. A smart leader takes advantage of that, even seeking out those different interpretations. There’s another point here. While each individual is different, there is probably someone else, or a lot of someones, who see things the same way. So, when you fail to take into account the viewpoint of one person, you may be rejecting the view of many others who haven’t spoken up, maybe a key customer or client!

It is very easy to make things more complicated than they were ever meant to be. A relatively simple process can be made increasingly difficult by constant new interpretation of the basic concepts. In fact, the concept of leadership has taken on an incredibly complex life of its own with all sorts of interpretations, formulas, and complex models. While practicing leadership can be a difficult calling, the basic tenants are pretty straight forward: know your own values, know your team’s purpose, and value you people.

If a leader wants people to see what he or she sees, they will often be disappointed. But, the leader can help people understand what he or she sees. Many times it’s important for the leader to ensure the expected result. Be aware though that once something is clearly defined, the chance for individual interpretation is gone. How popular would “The Awakening” be if there was a sign that said,

“This is ‘The Awakening.’ It is a sculpture by J. Seward Johnson Jr.
He created it because he thought it looked nice
and attaches no meaning.”

Skilled leaders seek out and appreciate the different interpretations of those with whom they work.

Next time you’re in Washington D.C. stop at the National Harbor and take a look at “The Awakening.” Ask a few people standing there what it means to them. Do they agree? Probably not. Now apply that to your leadership.