The Challenge of Age and Team Conflict – A Leader’s Opportunity 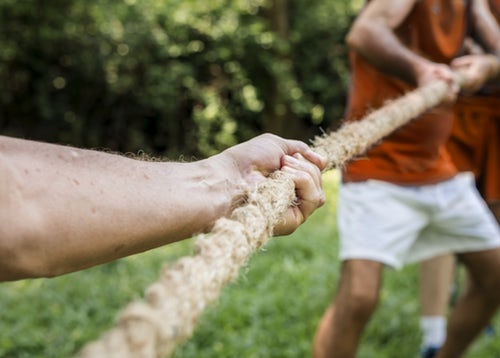 When I was researching Balancing the Generations I interviewed a woman who had worked for a long time for a company in the Northwest. Her company, recognizing that many of their employees were of the Baby Boom Generation and would be retiring, set up a task force to develop a good retirement/exit program. Unfortunately, there were no Boomers on the task force so the woman volunteered to help. She was told by the younger members of the group that her help was not needed because she was older and could not understand or contribute anything to what they were tasked to do.

Unfortunately, I see this kind of disconnect between generations too often and it has a significant effect on how teams react to and manage change. While there are several generations involved, there seems to be two groups, in general. Younger people, normally more technologically savvy, don’t think the more senior members can really understand while the more senior people worry that the younger folks do not give sufficient credence to their experience.

In many cases, they are both right.

Leaders, no matter what their age or generational alignment must tackle this problem head-on. Start by openly recognizing two basic truths that seem to cause anxiety. Younger people on the team probably have more technological know-how and comfort but less experience. Older people on the team have more experience but often less technological know-how and comfort.

Seems simple enough. The problem comes in how these differences often manifest within the group. Both sides tend to see the difference through the lens of, “They just can’t understand.”

That statement represents both the problem and the path to a solution.

It’s the problem because both sides see it as a problem. It’s the path to a solution because it identifies what the leader must do â€“ promote understanding in both groups.

Us older folks that didn’t grow up with computers sometimes don’t understand. But that doesn’t mean we aren’t willing to learn and, more importantly, appreciate the great potential technology brings. This group doesn’t have to be the experts to leverage the capabilities.

The younger members often don’t understand or appreciate the value experience brings. If you’re in my generation you can probably remember thinking that parents were too stuck in the past and didn’t understand us more enlightened people. There’s a saying about how much smarter your parents became as you aged.

The leaders challenge is two-fold. Understand that both sides tend to feel threatened. So the first step is to make sure everyone understands the contribution they and others make to the team. Then, help the older folks embrace the new ideas and capabilities the younger folks can bring to the table. Help the younger folks appreciate the experience the older folks bring to the table. Both sides have to be willing to adapt to what the other side brings but together they can accomplish more than either one separately.

Well, not really. But building that reciprocal respect is essential to good team building.

Finally, consider another bit of irony. Those younger folks on the team are much closer than they realize to being the older folks that are considered out of touch.