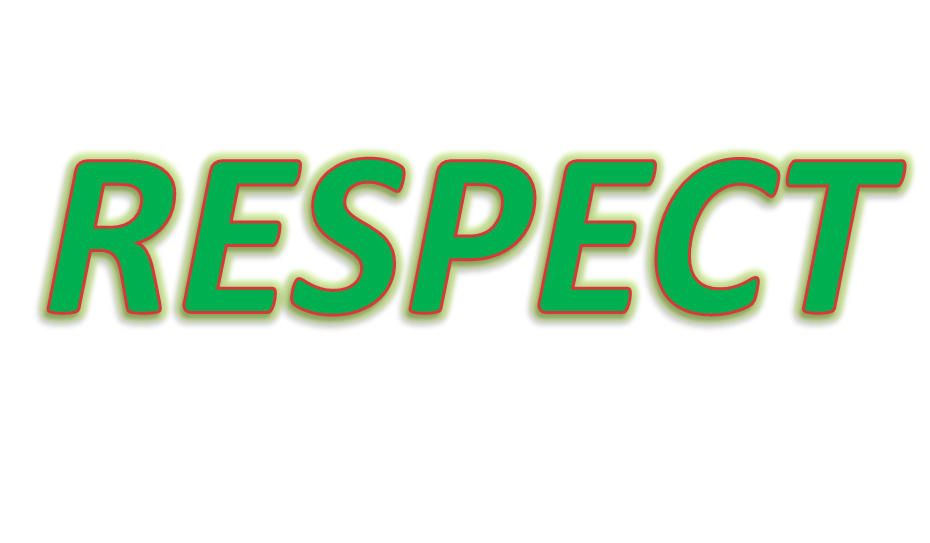 I’m always on the lookout for examples, both good and bad, of leadership in action. In this example a lack of respect demonstrated bad leadership. I was checking out at the grocery store the other day and a clerk had just opened a new register. As I started unloading my basket he told me that the overhead monitor seemed to be out of service but that he had called for a manager to come take a look at it. He would still be able to check me out, I just couldn’t see the prices as he rung up my items. OK, fair enough. Then his supervisor arrived. When he explained what was going on her first response was, “Well, did you turn it on?” While not spoken, the word “Dummy” at the end of the question was clearly implied by her tone of voice. My checker kept his composure better than I could have and replied that he had. She then told him that he should move to a different lane. In the meantime we had already begun checking items from my cart. To clarify the instruction he asked, “You mean after this customer, right” Her response was, and I’m not kidding, “Duh, of course!” spoken with as much sarcasm as she could muster. The real kicker? My checker wasn’t some kid fresh off the street. We were on a military base and my checker was a middle-aged combat veteran. The checker and I had a short discussion about leadership as we rang up the groceries and he told me about some great leaders he’d worked for; his current supervisor obviously didn’t rank high on that list.

I thought about that episode on the way home. Why would a supervisor treat one of her employees with such blatant disrespect, especially in front of a customer? If this were an isolated incident it wouldn’t be too bad. But unfortunately there seems to be no shortage of bad bosses, especially on the front lines. Although this is certainly an extreme example, more subtle instances of disrespect are easy to miss. Habitually being late to meetings with subordinates sends the message that your time is more valuable than theirs. Cutting people off in mid-sentence to get your point across gives the impression that your point is obviously more important. Disregarding cultural norms in a multi-cultural environment (or not bothering to learn the cultural norms in the first place) is seen as arrogance and disrespect.

Many new supervisors take their position expecting to be afforded the respect commensurate with their new role. They then are surprised when it doesn’t happen. What the new supervisor fails to realize is that respect can never be demanded, but must be earned. Unfortunately, this lesson is all too often learned the hard way. Occasionally, sarcasm and ridicule are then used to instill that distant cousin of respect, fear. However, fear, sarcasm and ridicule do not promote the long-lasting employee engagement necessary for sustained high performance. On the contrary, such methods normally result in simple compliance at first and eventually lead to either rebellion or increasing turn-over as people decide to leave a bad situation.

So how does a leader earn respect? To earn respect, begin by being respectful of others. If we treat our followers as decent, rational and competent human beings, if we take the time to learn how others want and prefer to be treated, then we’ve taken a large step in the direction of earning their respect. It is really as simple, and as difficult, as that. Practice daily, mark the times you come up short, and promise yourself you will do better tomorrow.