What You Don’t Know Is More Than You Realize 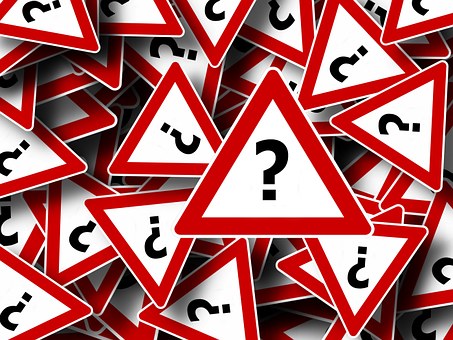 Business owners often complain that they don’t know about everything happening in the business. It’s s a truth many leaders don’t realize: the higher you go, the less you know!

For various reasons, the more senior a leader is, the less he or she knows about what is going on in their organization. Sure, they’re well versed on the day-to-day operation of the company, and they probably have a broader view than subordinates. But, the more senior a leader is, the less likely they know about issues like personnel matters, problems in subordinate divisions, small problems with suppliers, and the host of other things that they were aware of when in a more junior position.

I first learned this lesson in the Air Force. A person in my squadron, call him Nick, had come to me to tell me about a medical situation. The procedure involved major neural surgery and therefore entailed a high level of risk, but doctors had told him that there was also a high probability of success. The surgery was not urgent, but was necessary. He said he felt pretty good about his decision to do the surgery and would see me afterwards. The doctors later told me the surgery was uneventful and they don’t know why he died in recovery. After the funeral, I was speaking with several of his co-workers when one of them mentioned that Nick did not think his chances were good and he most likely would not survive the surgery. I was shocked and mentioned that he had told me the opposite. They said Nick had told me that because he felt I had enough to worry about and didn’t need to be concerned about him.

I began to observe that there were other things I didn’t know or mistakenly believed. Reflecting on that, I also realized there were things I kept from my boss as well. There are three reasons team members keep the boss in the dark.

As I observed my own situation, I realized there really was a lot going on that I didn’t have knowledge of and that this wasn’t necessarily bad. In fact, as a leader progresses to higher and more responsible levels, it becomes impossible to know everything and subordinates are actually correct in shielding you from a lot of the day-to-day things that happen in an organization. But who could determine what was important for me and what wasn’t? Of course that’s not a perfect science, but there are a few techniques that make it a little easier.

There is probably a lot going on that you aren’t really aware of. This isn’t necessarily bad, but it is something you need to understand and manage. Pick good leaders, train them well, and hold them accountable. They will lead their areas and you’ll sleep a little better at night knowing that what you don’t know probably won’t hurt you.