Home » Blog » High Priority: The Leader Gets a Haircut

High Priority: The Leader Gets a Haircut

Captain Ed Sayre peeked over the edge of the trench and down the hill, where the German infantry had
disappeared into a grove of trees to prepare a counter-attack. Sayre’s eighty exhausted and foot-sore GIs had just pushed the enemy off one of the sun-blasted ridges that march across southern Sicily like inland waves, but the Germans always counter-attacked; it was only a matter of time. The quiet moments just before a fight were among the most dangerous: this was when men took counsel of their fears.

“Was it nerve-racking?” I asked in my interview with him.

Sayre is from West Texas, his boyhood accent undiminished by thirty-plus years of travel around the world as a soldier.

“I tried to keep the men busy,” he said. “And when we’d done all we could, I pulled up a German ammunition box and sat down for a haircut.”

Sayre’s interpreter, Private Vincent Calandrino, had been a New York City barber before the war. He was the natural choice to be company barber, the guy who used comb and scissors to help the men maintain some semblance of personal hygiene as they went weeks without bathing or changing clothes. Still, it was hard to picture: the commander of a small force about to be hit at any moment, and this was a priority?

Sayre was in his eighties when we first met, a brilliant storyteller with impeccable timing. He gave me a wide grin. “I wanted the men to know I was making long-range plans.”

Sayre’s decision and story were astonishing, but saying that a leader’s actions send a message is just the low-hanging fruit in the lesson offered by this old paratrooper; there’s more to the story.

First is that all of a leader’s actions communicate, not just the ones he or she chooses to think of as significant. If Sayre sends a sharp signal of confidence by getting his combat haircut, but then contradicts that somehow, by hiding in the safest position for instance, then none of his good intentions stand. We see this in the leader who sometimes engages team members, and sometimes ignores them; the leader who listens to advice on occasion; the leader who is mercurial, whose team starts the day by asking each other, “How’s the boss feeling today?”

Second, we might be tempted to credit Sayre’s common sense. He knew the men were anxious; he sent them a message that he was calm enough to think of something besides the immediate threat. But calling what he demonstrated “common sense” downplays the real talent that Sayre nurtured. Like all successful leaders, he was a keen observer of the people around him. There is no leadership checklist that would have suggested Sayre get a haircut, but there are some questions that he asked continuously that led him to the idea:

Answers to these questions are not often neat or even measurable, but that is no reason to avoid asking the tough questions.

Captain Edwin Sayre was awarded the Distinguished Service Cross, the US Army’s second highest award for valor in battle, for his leadership during the first five days of the Allied invasion of Sicily. 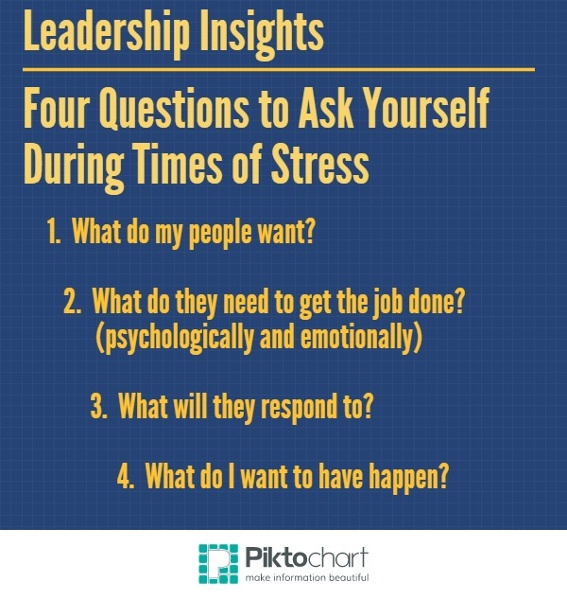