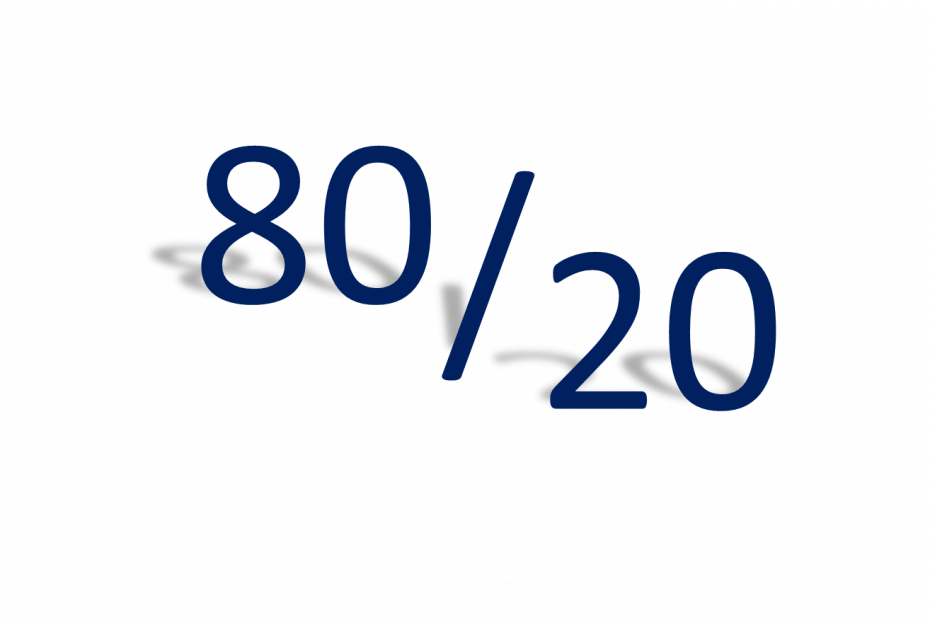 You’ve probably heard that 20% of what you do is producing 80% of the results. Or maybe someone told you that 80% of the issues you deal with come from only 20% of your people.
They most likely called this the Pareto Principle.

What is this Pareto Principle, where did it come from, why should you care?

For the answer we turn to Joseph Juran who admits to being the one who brought Pareto to the management world. If you want to learn about statistical process control, study Juran. In fact, I recommend his book, Juran on Quality by Design. It’s an old book now but still a good way to learn about statistical process control. All 538 pages. Anyway, in the book, Juran takes responsibility for causing the transition of the principle from economics to management: more precisely to quality control.

Juran found that Pareto’s work in economics seemed to have some similarities with his own work in quality control. He called it the “vital few and the trivial many” and graphically displayed curves of quality losses compared with curves of wealth distribution from Pareto. In a short caption he wrote “Pareto’s principle of unequal distribution applied to distribution of wealth and to distribution of quality losses.” Though the subsequent text made the necessary distinction, the caption did not and the confusion lived on. Juran was merely making the point that this distribution seemed to apply to more than just economics. This misunderstanding quickly spread throughout the world of management gurus; and then the whole world.

So, Pareto referred to wealth distribution. Juran referred to quality losses. How did this come to be a management principle applied to, well, everything? And, why should you care?

Because it sounds good, and it seems to apply, at least in general terms, to many situations outside the narrow boundaries of early 20th century Italian economics. You should care because Pareto’s Principle provides an easy way to remember this important point: most issues leaders face involve some version of Juran’s “vital few and trivial many.” It isn’t exact, but does work as a general principle.

Now you know the rest of the story.

Watch this and other valuable video tips on Bob’s YouTube Channel.

Get The 3-5-2 Method: 10 Steps to Better Problem Solving and Decision Making