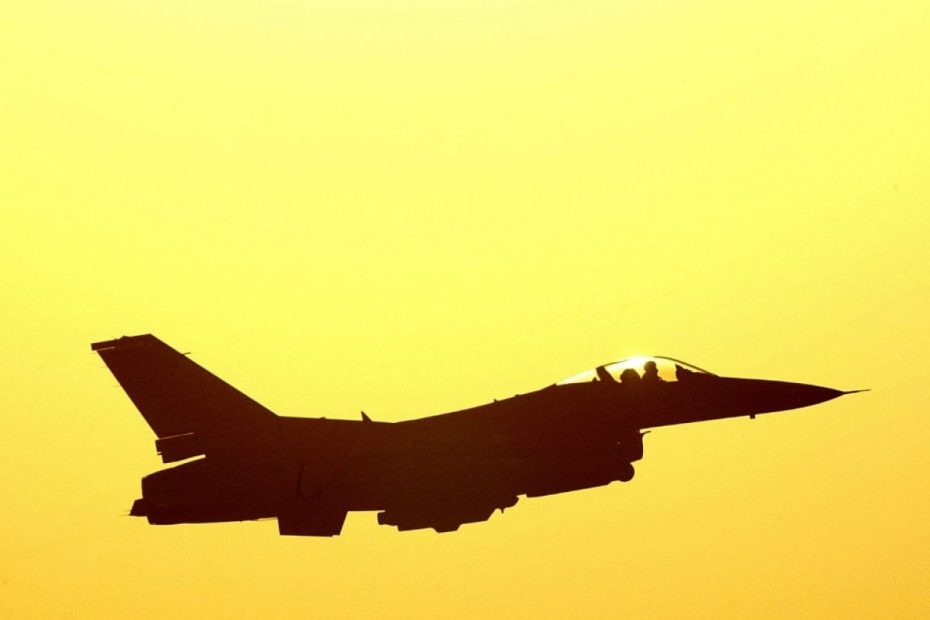 We were on final for a practice bombing run 300 feet above the Arizona desert going about 540 knots (620 mph). The plane was an F-16D which is a two-seat trainer version of the F-16C Falcon.  My back-seater was a flight surgeon logging mandatory air time and who was blissfully unaware how close he would come to dying that day.  What followed was a lesson-learned that has stuck with me in the 20 years since that I nearly didnâ€™t get to enjoy.

On that particular day my â€œmissionâ€ was to loft a small 50-pound practice bomb nearly four miles to hit closest to the target and thus win 25 cents for that bombing event from each of the other pilots in our four aircraft flight.  A â€œquarter per bombâ€ was our standard range bet. Prior to the pull-up maneuver to loft the bomb, I had to fine tune the radar image of an aim point on the radar display and place the aiming cursors precisely on that image to give the fire control computer the best possible chance of calculating the optimum bomb release point. The tools to do this are a mix of scroll wheels, cursor controllers and buttons on the throttle and stick. While doing the weapons tasks the pilot must also continue to fly the aircraft. You would think that this would be so obvious as to not warrant mentioning. Youâ€™d be wrong.

While involved in the task of aiming the computer, I suddenly noticed a flashing X in the heads-up display accompanied by the aircraftâ€™s voice annunciator system (â€œB*tchinâ€™ Bettyâ€ as she is affectionately known to F-16 pilots) demanding me to â€œPull up, Pull up!â€  As far too many pilots before me have had happen, I had lost situational awareness and not noticed that I had allowed the aircraft to begin a descent towards the desert floor.  A quick pull up to the appropriate altitude ended the drama and we continued on with the bombing run.  Had the ground impact warning system not been installed, or if my response had been delayed, the result would have been much different. Hitting the ground at 620 mph is rarely survivable.

Now consider the parallels in this leadership scenario: Bob and Bill have just had a disruptive and nasty confrontation during a meeting. As a result both are being reprimanded and the project has slipped because the issue the meeting was called for remains unresolved. Your â€œplaneâ€ has crashed!  Now letâ€™s go back in time to a point prior to the meeting and apply the four awareness steps.

1) Extract information from the environment.  You notice that Bob and Bill will both be attending todayâ€™s meeting.

2) Integrate with relevant internal knowledge. You know from past experience they have differing opinions about how to resolve the issue.  You also know they have a history of butting heads. Both tend to have tempers.

3) Direct further perceptual exploration. You look for and notice the first signs of escalating tension.

4) Anticipate future events. To avoid the anticipated fight, you step in early to facilitate a collaborative discussion.  You ask for facts, not opinions, and seek to identify common ground between the two. You all agree on what the outcome should look like and you attempt to get both parties working together towards a common solution. If tensions start to get out of hand you call for a break for tempers to cool off.

By maintaining awareness and remembering to â€œfly the aircraft firstâ€ youâ€™ve just avoided the leadership equivalent of a crash. Of course it isnâ€™t always this dire. Staying aware can be little more than noticing Susan isnâ€™t her usual cheerful self and asking if something is wrong or realizing that giving a mundane task to one of your hard-chargers will be de-motivational.

We all get busy with to-do lists and the seemingly never ending demands on our time. But great leaders stay aware of whatâ€™s going on around them. How much time needs to be devoted to maintaining leader awareness? A few minutes in the morning to think through the day is a good start. Keeping in tune with your people throughout the day is another step. Perform a periodic cross check. If youâ€™ve found yourself holed up at your desk working â€œstuffâ€, and canâ€™t think of the last time you checked in with your folks, donâ€™t be surprised when the crash happens. No one has been flying the plane!

The trouble is we still have to get stuff done. A fighter pilot must be able to do the mission AND fly the aircraft safely. Leaders are usually managers as well, and things do demand their time. But if we focus too much on the stuff, we run the risk of missing something important in the leadership situation. Just as a pilot practices flying AND doing the mission, so too must leaders practice staying aware while attending to their other duties. Unfortunately, when we get busy and we are focused on the latest urgent thing, that is precisely when we tend to forget to look around. As I found out, failing to look up from that â€œurgentâ€ task can be disastrous.