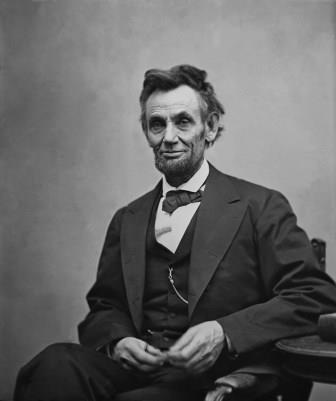 Why is Abraham Lincoln one of, if not the most revered U.S. President? Lincoln exhibited leadership like few politicians before or since and we can still benefit from his example. Here are a few leadership lessons from Abraham Lincoln that are still applicable today.

Make friends of your enemies. Lincoln was not popular among many leaders of the new Republican party. Secretary of State Seward had been an opponent during Lincoln’s presidential campaign and Secretary of War Stanton saw Lincoln as inept. In spite of their dislike for him, Lincoln knew these men were what the country needed, so he put them in his cabinet, then won them over by firm but fair leadership. By the end of his first term, they had become fiercely loyal allies and friends. Successful leaders find the best people for the job, then earn their loyalty.

Have a vision. Lincoln, from long before his election, was very clear that his vision was preservation of the union. Throughout his entire presidency, he never wavered from that vision. Successful leaders have a clear vision of what they want to accomplish, and although the means to that end may need adjustment, the vision must remain clear.

Be a good communicator. Political speeches in the 19th century were often long affairs, sometimes lasting more than an hour. During his time in the House of Representatives, Lincoln’s discourses were no exception. Reading through the famous Lincoln – Douglas debates which occurred during his unsuccessful bid for the Senate, it becomes obvious that Lincoln had begun to develop a more clear and succinct form of rhetoric. The Gettysburg address is the most famous example of that skill: short, to the point, and memorable. Lincoln also became known as a consummate story teller, able to illustrate his points with a perfectly chosen story. Successful leaders are able to express themselves clearly and will be most successful when they can apply examples and invoke stories to make their point.

Let your leaders lead and insist that they do. Lincoln’s problems with his generals are well documented. He wanted leaders who would act, but he also was clear that they had the authority to do so. He was always careful to send instructions worded as suggestions. When Lincoln relieved a commander, as he did several times, it was because they would not act decisively, not because they ignored specific orders. Successful leaders give their subordinate leaders clear instructions and the autonomy to get the job done.

Get out and see the troops. The President is also the Commander in Chief of the nation’s military. That title is extremely important in the American system of government, but only two sitting presidents have taken the field in a military capacity: George Washington and Abraham Lincoln. On several occasions Lincoln traveled to the battlefield to observe the situation first-hand and was known to hold council with his generals on the battlefield. Not only was he able to obtain a better understanding of the situation, the troops saw that he was with them. Successful leaders get out of the office and see what is going on in the organization. There is no substitute for your own eyes.

There are many more leadership lessons from Abraham Lincoln. I recommend two books that should be in every leader’s library

Team of Rivals by Doris Kearns Goodwin; Simon and Schuster, 2005.