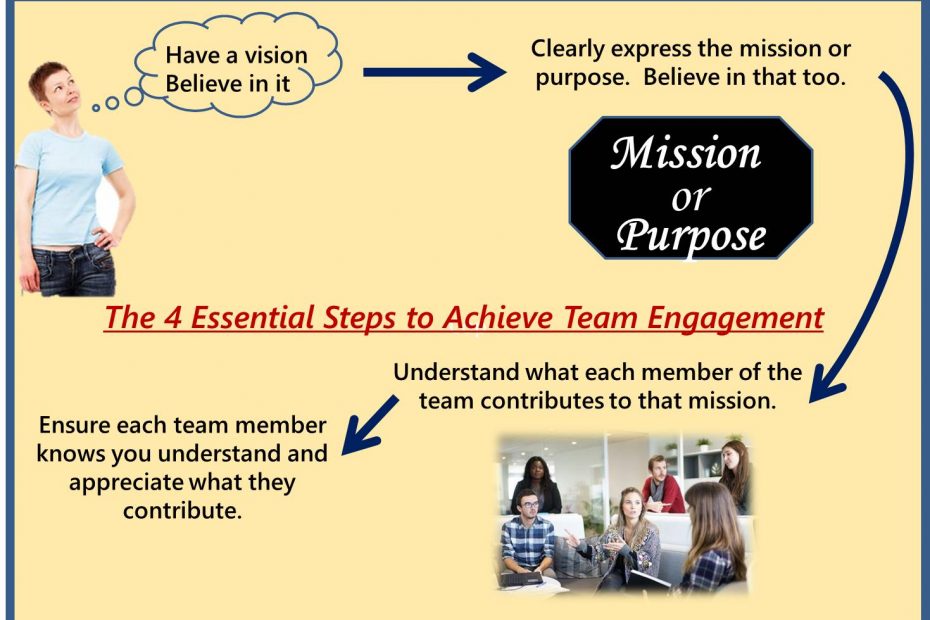 As we went around the table, each staff member introduced themselves with their name and a brief job description. When it was the custodian’s turn, instead of telling us she was the custodian, she proudly announced that she was the “Manager of First Impressions.” It was obvious that the rest of the team hadn’t heard that before. Certainly the team leader had not. No one had given her that job title, she decided on it herself.

She was really engaged! She understood that first impressions are critical; seemingly more than anyone else there that day. More importantly, she had a crystal clear understanding of her importance to the team and company’s success.

Wouldn’t it be great if everyone on your team had that sort of clarity? And that level of engagement?

They can, and it isn’t very difficult.

In spite of the popularity of social media and the desire to collect “friends” and “likes” on-line, most people still want to be part of something more tangible. More than just belonging though, people want to feel valued and be recognized for their contribution. Leaders must tap in to this natural, and common, human need.

The beauty is; this isn’t difficult. It doesn’t require financial investment, planning, or special equipment. The only requirement is a team leader who wants a high-performing team.

Some of you are saying, “It really isn’t this easy.” Some people just have a bad attitude or they don’t fit in the team. Although thatâ€™s true, and there may be isolated cases where you have to explore other alternatives, you’ll find these four steps will result in better engagement and fewer problems. Do them before you take any other action.

Does your team have a “Manager of First Impressions?”