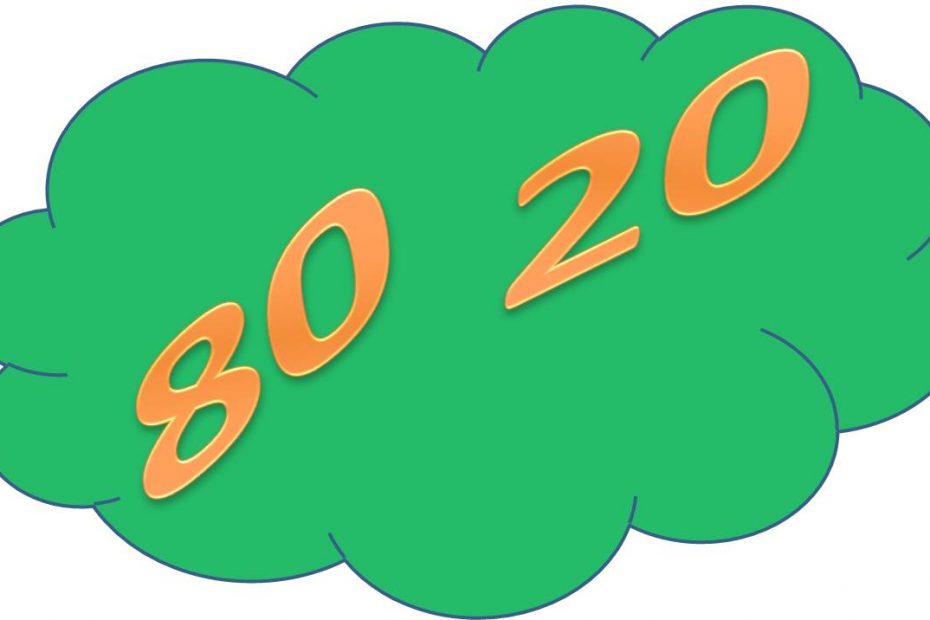 You’ve probably heard that 20% of what you do is producing 80% of the results. Or maybe someone told you that 80% of the issues you deal with come from only 20% of your people.

Vilfredo Pareto was an Italian economist who, in the very early 20th century determined that 80% of the wealth in Italy was distributed among 20% of the population. That’s it â€“ the Pareto Principle.

So how did this change from an economic principle to a management principle? With apologies to the late Paul Harvey, here’s the rest of the story.

Joseph Juran was a statistician who developed much of the methodology for quality and statistical process control and he admits to being the one who brought Pareto to the management world. In studying quality control, Juran found what seemed to be some parallels between his work in quality and Pareto’s work in economics. He called the results of his work the “vital few and the trivial many” and graphically displayed curves of quality losses compared with curves of wealth distribution from Pareto. In his book Juran on Quality by Design, he included the graph with a short caption stating, “Pareto’s principle of unequal distribution applied to distribution of wealth and to distribution of quality losses.” In the subsequent text he elaborated on this comparison and made the necessary distinction between this work in quality and Pareto’s work in economics. Juran was merely making the point that Pareto’s distribution seemed to apply to more than just economics. But enough people only looked at the picture and did not read the text and a misapplication was born which would seemingly live forever.

So, Pareto referred to wealth distribution. Juran referred to quality losses. But why has this come to be so accepted as a management principle applied to, well, everything?

Because it sounds good, and it seems to apply, at least in general terms, to many situations outside the narrow boundaries of early 20th century Italian economics. Pareto’s Principle provides an easy, if not entirely accurate depiction that leaders tend to spend the most time dealing with a few issues. Or, that a few team members tend to produce the most results.

And now you know.