Home » Blog » Is This a Cause of the Great Resignation?

Is This a Cause of the Great Resignation? 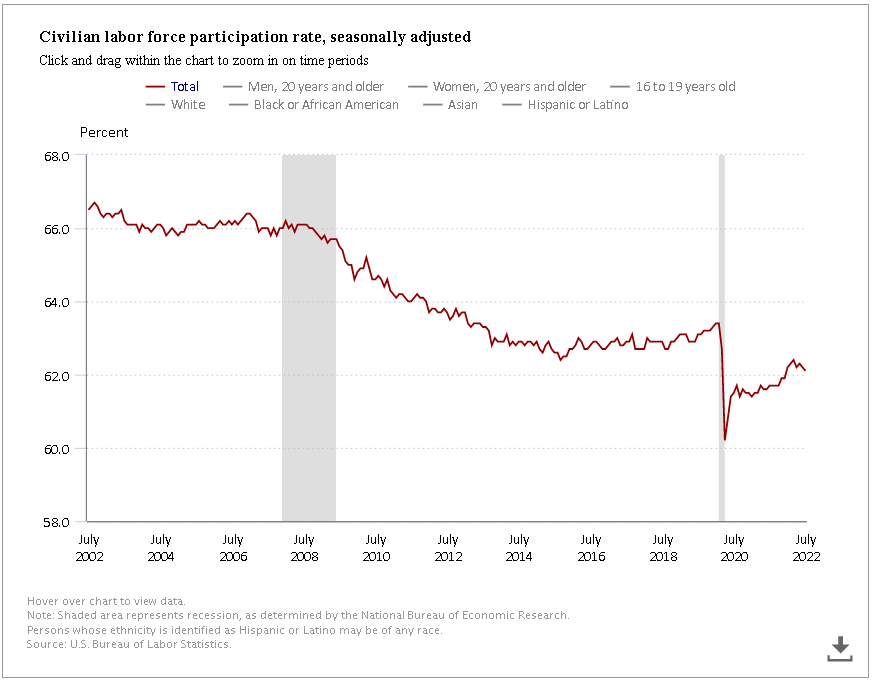 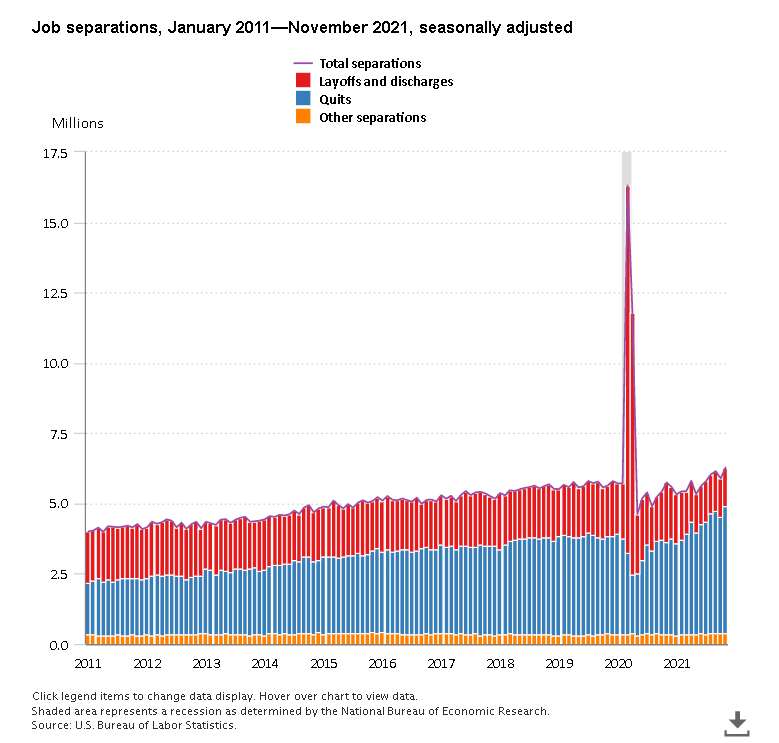 In the last couple of years we’ve been hearing quite a bit about what has been labeled the “great resignation.” It seems like a lot of people don’t want to work anymore. It also seems this is a new post-pandemic phenomenon.

In fact according to the Bureau of Labor Statistics’ Workforce Participation Rate (Figure 1) the percentage of eligible citizens in the workforce has been on a steady decline since 2002, decreasing over 4%. During that same period, the U.S. population has increased by 17%

The U.S. Bureau of Labor Statistics also tracks what they call the “quit rate” which measures the number of people who quit their jobs. The rate does not count layoffs or firings, just people who quit. Interestingly, that number has been steadily increasing since 2010 with a more marked increase since 2020.

So what does that tell us? First, the problem may have been exacerbated by the pandemic, but it wasn’t caused by the pandemic. To be fair, some of these statistics represent an increase in the so-called gig economy and retirement of Baby Boomers. Overall though, people have been leaving the traditional workforce for some time now, certainly long before the pandemic. Why are they leaving? Though hardly scientific, experience working with leaders and workers across a broad spectrum indicates that’s the wrong question. The better question is why aren’t they staying.

A subtle difference perhaps, but for many years now we’ve seen multiple studies showing, in one way or another, that workers don’t leave companies, they leave leaders. That’s a nice sound bite, but what does it really mean?

Actually, most studies don’t refer to workers dissatisfaction with leaders. Rather they refer to dissatisfaction with managers. That’s a big part of the problem. This isn’t just a question of semantics because the reasons given for leaving a job are about leadership; for instance not feeling appreciated or experiencing unfair treatment on the job, just to name a couple of the common complaints. Managers are not given the chance to learn and develop the leadership skills that would help them prevent these issues. They often aren’t even recognized for their leadership role.

There is often a discussion among the “experts” about whether someone is a leader or a manager. Don’t fall victim to this silliness. Quite simply, anyone who is responsible for what other people do is in a leadership position. Why? Because they are responsible and accountable for what their team does.

Yes, that’s the owners and executives of the company, but also the shift supervisor, the plant manager, the project manager, or any other team leader.

When any of these leaders don’t have a good understanding of leadership skills and how to apply them in their own situation, problems arise. Some of those basic skills include:
• Understanding themselves; their values, skills, and weaknesses.
• How to create a motivational environment where people want to work.
• Effective communication.
• Characteristics of good leaders.
• What the leader expects from the team and what the team can expect from the leader.
• A firm grasp of the team’s purpose and the ability to clearly explain that purpose.
• Understanding and acceptance of their own responsibilities and accountability.

The great resignation doesn’t have to happen to you. Owners or CEOs must recognize that anyone who has responsibility for what others do is in a leadership position. If you’re asking why people don’t stay in your company, examine leadership at all levels.

Want to know more? Creating a Motivational Environment is part of our leadership training programs.

Take a look at our course offerings at FindCourses.com.